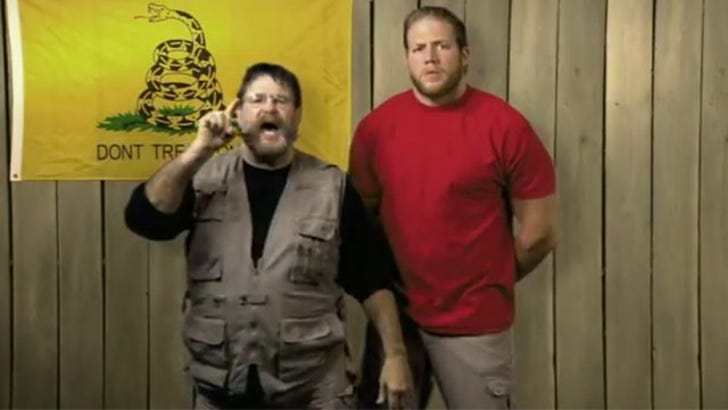 The WWE has a message for Glenn Beck -- if you're gonna talk smack about the organization ... BE A MAN ... AND DO IT IN PERSON!!

Beck has been on the attack against the "stupid wrestling people" at WWE after they introduced a new character named Zeb Colter -- who Beck described as "a villain who just happens to be a racist Tea Partier."

Beck -- clearly offended by the character -- went on a tear on his radio show recently ... blasting the WWE for mocking him ... and claiming the WWE is entertainment for dumb people.

Now, the WWE is firing back ... with Zeb and his pal Jack Swagger recording a new video statement for Beck, in which they break character and explain that what they do is simply harmless entertainment .. that's no different from "NCIS" and "Glee."

Through a rep, Beck tells TMZ, "Unfortunately I am currently booked doing anything else."