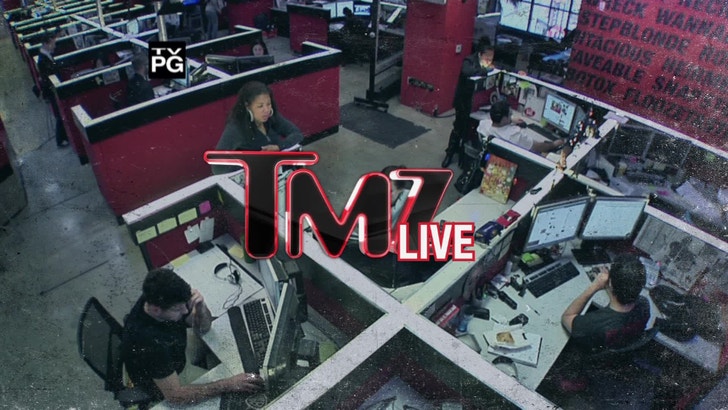 Pope Francis was elected just a few hours after Dennis Rodman touched down in Vatican City. Coincidence? Should His Eminence invite Rodman over for the sit-down the ex-hoops star has been begging to get? We've got the Worm, live from Rome!
Plus, Michael Moore thinks crime scene photos of the murdered Sandy Hook students would shock the world, and finally end the debate on assault rifles. Is he nuts ... or genius?
And, pour a little liquor out for Justin Bieber's abandoned pet hamster -- Pac is dead!! The 18-year-old chick JB basically forced to adopt Pac ... calls in to explain what went wrong.

(0:00) Dennis Rodman is in Rome -- and calls in to explain how he plans on meeting the Pope. Sounds crazy ... but he DID manage to shoot the breeze with Kim Jong Un.
(6:00) Lance Armstrong -- still not afraid of the spotlight.
(9:00) Michael Moore says people should be able to see photos of children murdered at Sandy Hook -- because that would end war on guns once and for all.
(15:00) Judge Judy's silverware battle rages on.
(18:00) Justin Bieber's hamster -- the one he gave to a fan -- has died. We talk to the grief-stricken teen about her tiny loss.
(23:00) The celebrity hackers add more major players to the list.
(27:00) Nicole Scherzinger says she should have slutted it up some more ... because it would've landed her a Grammy. One of her former Pussycat Dolls band mates -- Jessica Sutta -- calls in to dispute it.
(31:00) Kris Humphries made a HUGE mistake in his divorce with Kim Kardashian.
(33:00) Gwyneth Paltrow has her kids on a crazy strict diet -- famed nutritionist Harley Pasternak calls in to tell us what's REALLY good for you.
(36:00) The floor is yours!
(41:00) Miley Cyrus and Liam Hemsworth -- broken up?