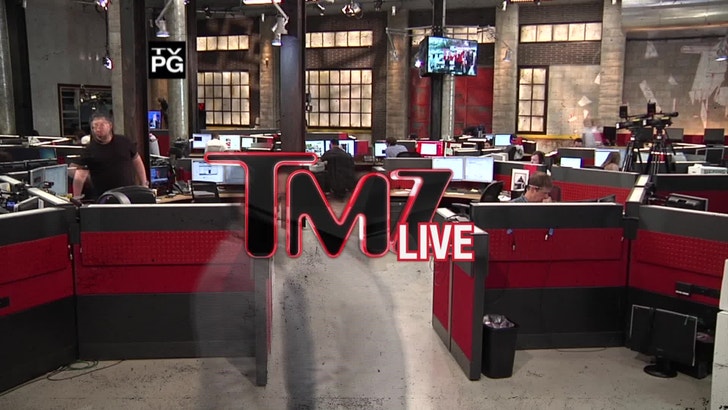 Kim Kardashian and Kris Humphries are finally divorced -- and it's pretty clear who lost this drawn-out battle. Think Kris would handle this differently, if he could go back ... and now that he's wasted a boatload of money?
Plus, Justin Bieber and Selena Gomez hook up in Norway -- and we have photo proof the Biebs really is hung up on his ex ... and has been for months!
Also, Tanning Mom calls in to explain why she posed topless, and reached out to a porn company about doing a sex tape. Her reasoning is, well ... you gotta see it to even have a shot at understanding.

(10:00) This is beyond hilarious -- Ryan Lochte gives the worst interview ever ... and the anchors can't stop laughing at him.
(15:00) Lauren Conrad has successfully transitioned to post-reality TV success ... and her latest multi-million dollar purchase proves it.
(18:00) Tanning Mom calls in to talk about her topless photos ... we think. See if you can understand what she's talking about.
(23:00) A new book alleges Ann Curry was bullied by the staff at "Today" -- but some people aren't buying it.
(28:00) Tito Jackson allegedly left a bunch of kids hanging ... and disrespected Michael Jackson at the same time.
(31:00) San Francisco 49ers cornerback Chris Culliver is in hot water again -- looks like he didn't learn anything from the backlash from his homophobic rant.
(33:00) Psy's video is band from a TV station in South Korea ... and it has nothing to do with the video's disrespect to women.
(36:00) We hear what you have to say!
(41:00) Amber Rose gets a tattoo of Wiz Khalifa on her leg ... and he looks high in it!