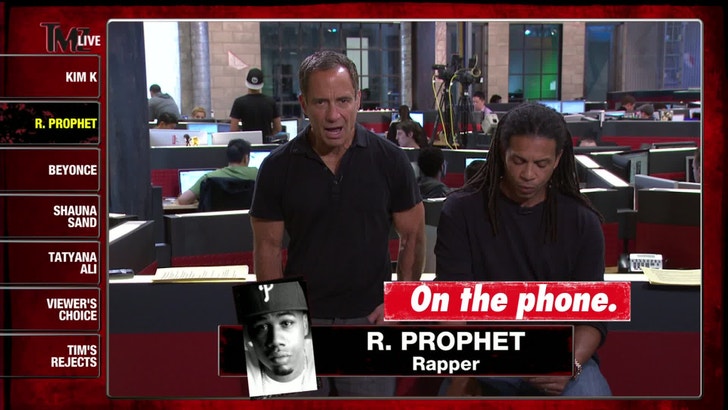 Ex-Nappy Roots rapper R. Prophet says he was the victim of a RACIST BEATDOWN ... and tells TMZ he's thinking about suing the hell out of the cops who tased him earlier this week.

Prophet just called in to "TMZ Live" ... and says he feels it was "definitely racial profiling" when cops in Kentucky approached a car he was riding in this weekend ... and proceeded to beat the crap out of him.

The rapper says the driver of his car was arrested for DUI at a police checkpoint that night ... and was taken to a nearby police station.

Prophet says he was left in the car ... and while he was trying to figure out how to get home, an officer approached the parked vehicle and demanded the rapper step outside.

"[The officer] said , 'Step out of the car sir,' ... so I stepped out of the car. Next thing I know I was getting handcuffed ... and the officer pulls out ... his little electrocuting gun, they call it a taser or whatever."

The rapper tells TMZ he was beaten mercilessly for no reason.

Prophet says he had been drinking that night ... but insists he didn't do anything wrong at any point in the evening.

Cops tell a different story ... saying the rapper was highly intoxicated, walked directly into traffic and was a danger to himself and others.

Either way, Prophet says he plans to unleash a legal nightmare on the cops ... right after he clears his name with the judge. 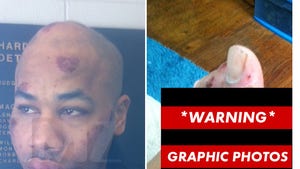 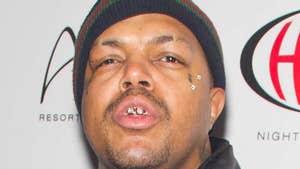 DJ Paul ARRESTED -- Is That a Taser in Your Pocket?