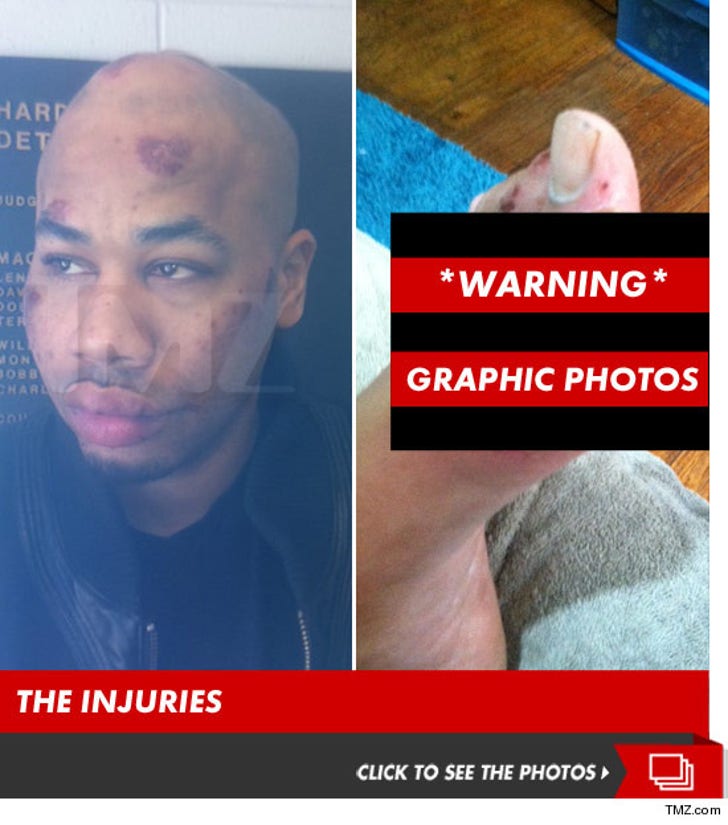 Pulling a Reese Witherspoon is all the rage these days ... the problem, when you're R. Prophet and ask a cop, "Do you know who I am" ... you've gotta enunciate clearly, because judging from the pics a misunderstanding can cause you a world of hurt.

Prophet was arrested Saturday for disorderly conduct and other stuff, and in the middle of the bust he screamed, "I'm R. Prophet!!!" But cops thought he was proclaiming, "I'm a prophet" ... which made him look like a nutcase, and things went downhill quickly.

Kentucky State Police say they had to tase the ex-Nappy Roots rapper multiple times for resisting arrest ... and again for kicking out the back window of a police cruiser. The photos tell the story of the struggle.

But Prophet tells TMZ, it's all BS ... he was fully cooperative and cops repeatedly tased him for no reason as he laid helpless on the ground and handcuffed, adding, "I felt they were doing me like a slave. I thought I was dead." He also says when he was thrown in the back of the cruiser he was pepper sprayed and tased again.

Prophet says it got so bad in the car he thought they were going to drive him somewhere and kill him. In a panic, he says he gashed his head on the window.

The trooper who arrested Prophet tells TMZ, the rapper was highly intoxicated, walked directly into traffic and was a danger to himself and others.