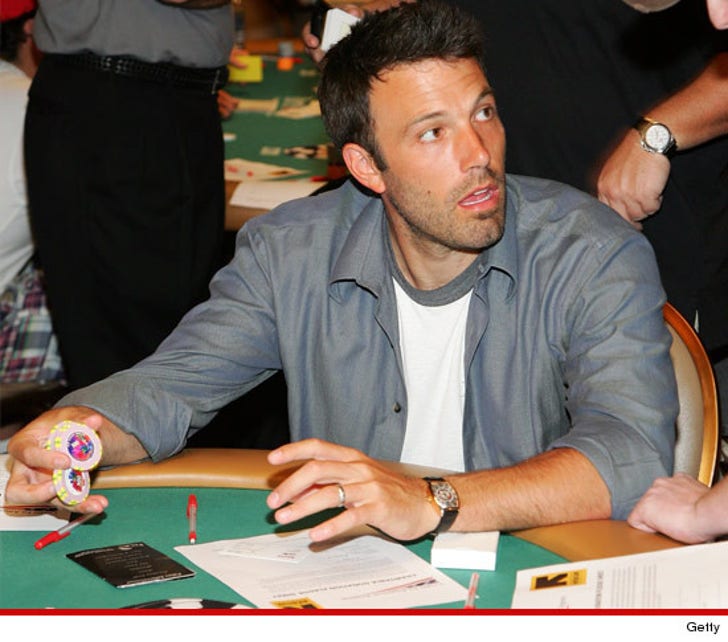 Ben Affleck was a victim in one of largest poker scandals in history, but TMZ has learned his reported losses are being way overstated.

According to a new report, Ben was one of hundreds of players who lost money on a website called Ultimate Bet during their infamous cheating scandal a few years back.

The scandal went like this -- one of the owners of the site would play in high stakes games and use the ability to see other players' cards to help him win. Millions of dollars were refunded to players as a result.

The report, which comes from leaked files from another of the site's former owner claims Affleck lost close to half a million dollars to the site ... but sources close to Affleck tell TMZ that is nowhere near the case.

We're told Affleck did "lose" some money back in 2003, but since the money was "won" through cheating, it was refunded.