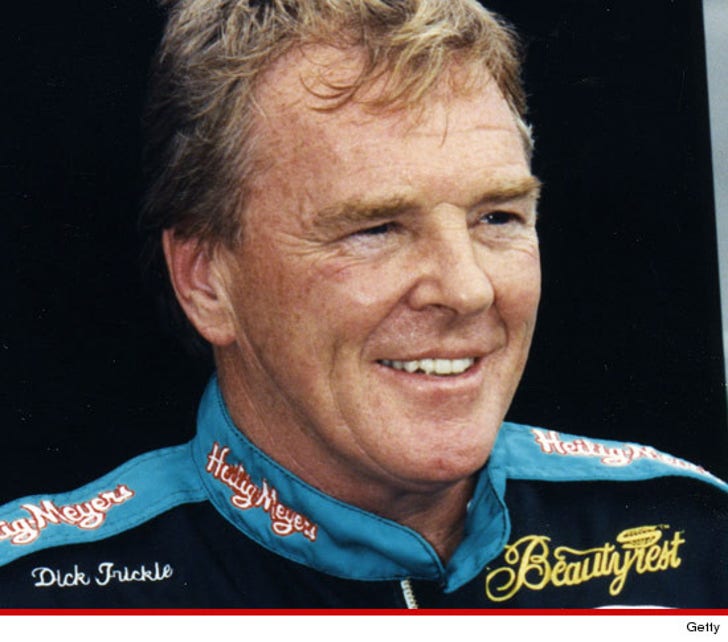 Dick Trickle suffered from excruciating pain under his left breast in the days before he killed himself ... and was "very down" about his health situation in his final days, this according to Trickle's brother.

Chuck Trickle opened up to both TMZ and the Las Vegas Review Journal ... saying Dick's death from an apparent self-inflicted gunshot wound is "a shock to me ... it's real hard to think about."

Chuck says he spoke with Dick just last week ... and the former NASCAR driver was complaining about a severe pain under his left breast that seemed to be getting worse.

"He was having a lot of issues w some pain ... he had sharp pain by his left breast and constant hard pain," Chuck told TMZ.

Chuck says Dick went to the doctor twice a day in an effort to remedy the issue -- and underwent numerous MRIs and CAT scans -- but doctors were never able to determine the cause of the pain.

“He was very down,” Trickle said ... adding, “He more or less said he didn’t know how much longer he could take the pain.”

As TMZ first reported, Trickle left a suicide note at the North Carolina cemetery where he died -- it's unclear if the note explains why Trickle decided to take his own life.