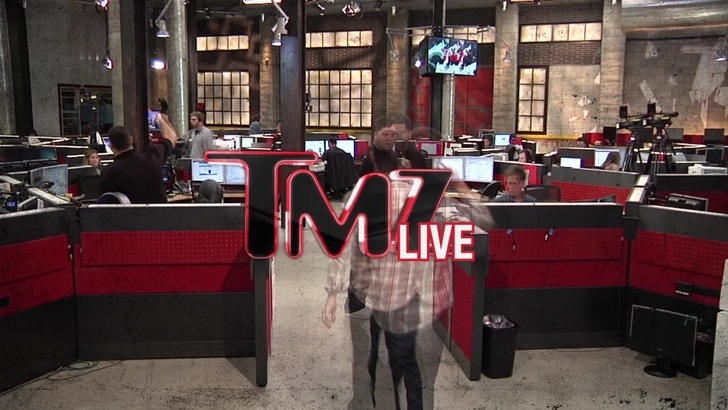 Wanna party with Justin Bieber ... you gotta sign on the dotted line! We got our hands on the contract JB makes all his guests sign ... and it seems outrageous and totally douchey -- but maybe it isn't. We'll explain.
Plus, Lil Scrappy dodges jail time by claiming he's hooked on marijuana ... and needs rehab. You buying that? Is pot really addictive, or just a habit? Actor Eric Roberts says he was addicted to it, and joined us to discuss.
Also ... Farrah Abraham wins again! We'll tell you what she's landed now on the heels of her sex tape success. Is she proving the (Paris & Kim K.) formula ... sex tape = superstardom??

(0:00) Justin Bieber has got a document you must sign and agree to in order to get into one of his house parties -- the penalties are crazy!
(6:00) Arnold Schwarzenegger and Maria Shriver getting back together?! The proof is in the butt tap.
(10:00) Chris Brown was caught with sometimes-girlfriend Karrueche Tran, and how does Rihanna respond? With the booty.
(15:00) Kim Kardashian's baby shower invitations are out, and just like the Kardashians, they're over the top!
(18:00) Lil Scrappy says he is addicted to marijuana, but is that possible? Actor Eric Roberts voices his opinion on the addiction.
(23:00) Jose Canseco has been accused of rape in Las Vegas, but he says it's all BS.
(28:00) Is Farrah Abraham proving that sex tapes really do make A-list stars?
(31:00) Ellen and wife Portia de Rossi buy a new home in Montecito, California, and it's 13 ACRES!
(33:00) Candy Spelling wins big after the landlord of her rented condo tried to evict her.
(36:00) We hear what you have to say!
(41:00) Miranda Kerr posts photos of a man wrapped around her, but its NOT Orlando Bloom! Who's the mystery man?