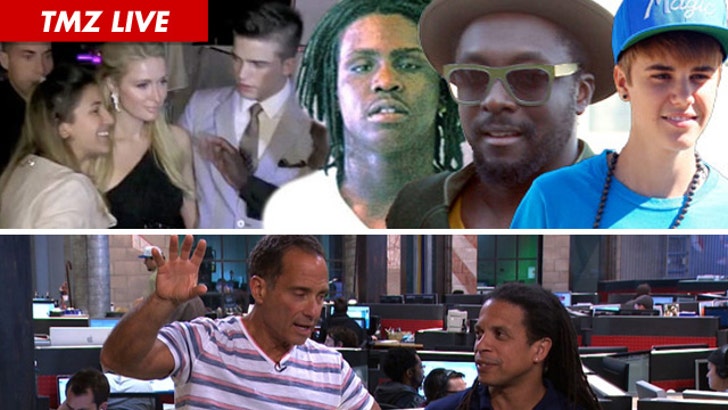 Eva Longoria ... a-list actress, producer, entrepreneur, and now proud owner of a Master's degree! How'd she pull it off while still acting -- and what's she going to do with her degree? Eva joined us to talk higher ed and future job prospects.
Plus, world renowned MMA fighter Waylon Lowe says a Kama Sutra gel destroyed his penis, and now he's suing! We've got all the cringe-worthy details ... along with Kama Sutra's defense.
Also ... Soulja Boy's under investigation for hit-and-run -- and cops tracked him down using a network of cameras recording his car's every move. But he's not alone ... big brother's eyeballing YOU too!

(0:00) Eva Longoria gets a Master's Degree, and she calls into TMZ Live to tell us about her graduation.
(6:00) Brad Pitt says he suffers from face blindness, is it a real affliction or a cover for celebrity snobbery?
(10:00) MMA Fighter Waylon Lowe says his penis was permanently damaged after using sex enhancing gel, a company spokesperson chimes in.
(15:00) Paris Hilton has just been signed to Cash Money Records as a DJ, is there another hit single coming or is this a disaster waiting to happen?
(18:00) Michael Jackson's father, Joe Jackson, is speaking out now on the molestation allegations from Wade Robson.
(23:00) Soulja Boy's red Bentley has been impounded by police because secret cameras have tied his car to a hit-and-run.
(28:00) Amanda Bynes denied at the airport because of lack of proper ID, her solution? Google me.
(31:00) A-Rod makes BIG money after selling his Miami Beach Mansion, and the photos of the inside are incredible.
(33:00) We hear what you have to say!
(36:00) It's time again for ... Tim's worst pitches of the week.