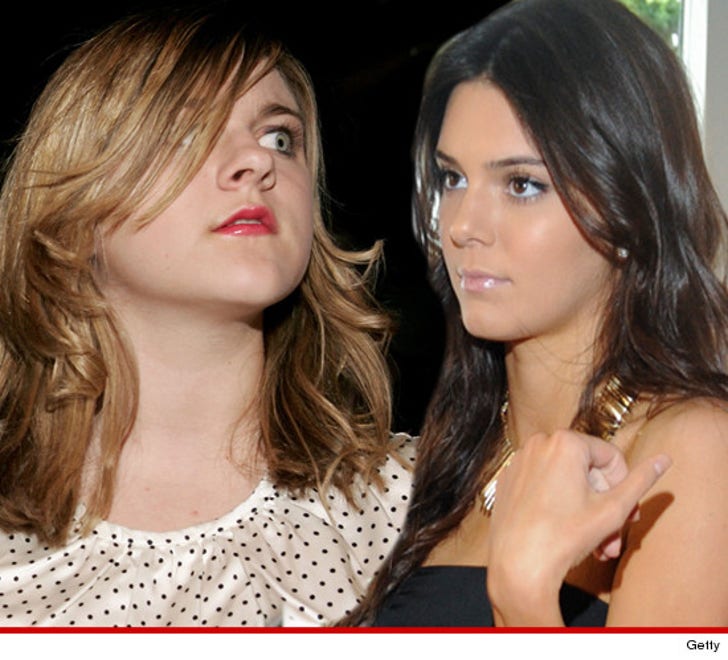 Frances Bean Cobain ended one war with Kendall Jenner, but then started another ... calling KJ a self-absorbed rich kid who complains about her problems on Twitter to get attention.

The war of words started earlier this week when Frances called Kendall a "f**king idiot" after Kendall complained on Twitter that she wished "things could be easier sometimes" -- Frances taking offense to someone as well off as Kendall complaining about life to total strangers.

Kendall responded rather eloquently, saying she was aware she is "very privileged and blessed" but asking, "who are u to judge me?"

Well it took Frances a few days to consider that question, and last night she apologized (sort of) by saying "I don't know you nor do I think ur a bad person" ... while also slamming Kendall again by writing, "Publicly complaining about how hard your life is is completely self serving ... I believe that venting about ones problems via the Internet is a blatant cry for attention. "

She also offered this piece of advice, which also served as another insult toward Kendall: "I try to deal w/ pain in a manner that pertains to my real life not in a way where strangers throw me a pity party."