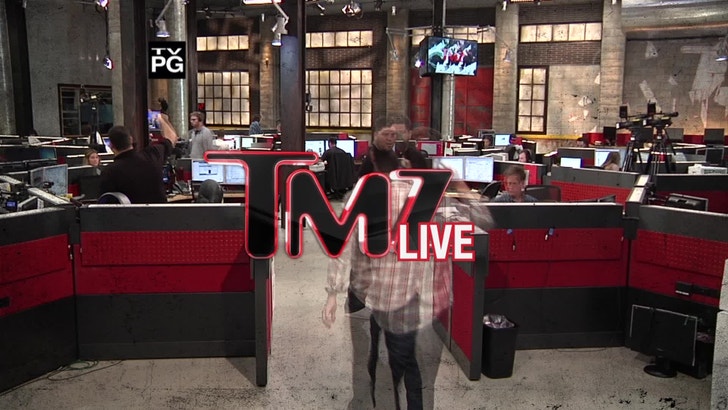 TMZ Live
Paris Jackson's hospitalization overnight for a possible suicide attempt was a shocker -- but TMZ has learned people in her life have seen some troubling signs. Was Michael Jackson's daughter getting enough help?
Plus, singer Miguel's flying leap at the Billboard Music Awards -- did producers know he was going to attempt the dangerous move that allegedly injured a woman? We have new details from Miguel's camp and from insiders on the production.
Also ... Joe Francis called in to explain why his sex tape will never be released -- and Evan totally busts Joe for letting his girlfriend win a "Girls Gone Wild" contest!

(0:00) Paris Jackson's possible suicide attempt -- what triggered it ... but the big question ... could something have been done to prevent it?
(10:00) Miguel's violent leg drop -- he claims he wasn't told NOT to do it ... but we hear otherwise.
(14:00) Dr. Oz is finally giving Michael Douglas props for raising awareness about HPV and throat cancer.
(18:00) Joe Francis calls in to explain how he'll never let his sex tape see the light of day.
(24:00) Bobbi Kristina -- our eagle-eyed staffers see something in her super bitchy letter that might prove she only co-wrote it.
(29:00) Dina Lohan allegedly screws over a charity by bailing on a bar tab that was over $2,000. Surprised?
(32:00) Ashley Tisdale bravely showed up in court today to go after a stalker that had tweeted her 18,000 times.
(34:00) BMI is suing a bunch of tiny bars for playing copyrighted music without permission ... you have to see how much they want for it. It's ridiculous.
(36:00) The floor is yours!
(41:00) John Travolta meets some new friends at a bar in Georgia ... then goes to their wedding! We have the pics.