Kris Perry and Sandy Stier were giving a live interview on MSNBC ... when someone ran over with a cell phone and said Obama was on the line.

The phone was quickly switched to speaker ... and everyone listened in as the Commander-In-Chief congratulated the two on a job well done.

In fact, one of the people huddled around the phone invited Obama to the wedding. 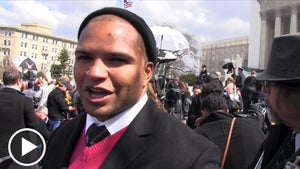 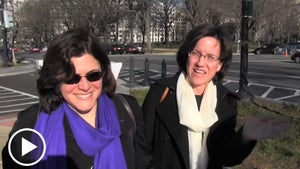