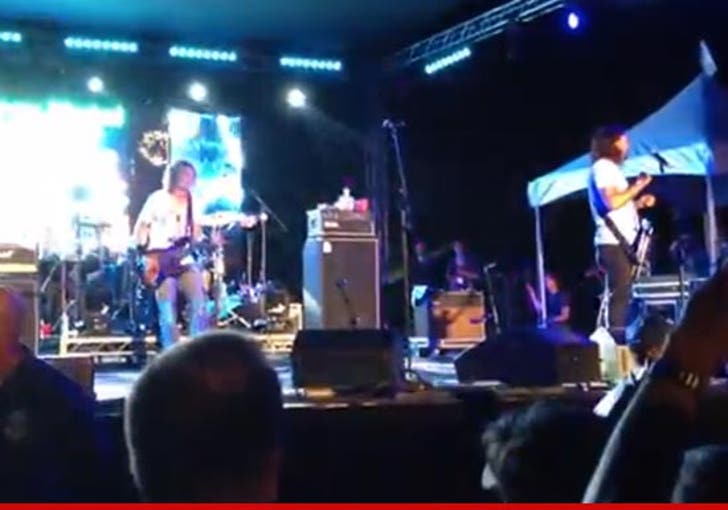 Dave Grohl got back on stage with some of his Foo Fighters bandmates this weekend and played the David Bowie + Queen hit "Under Pressure" ... AND IT WAS AWESOME!!!

The band also performed a bunch of other covers ... including Van Halen’s “Panama" and "My Sharona" by The Knack ... but their performance of "Under Pressure" was the highlight.