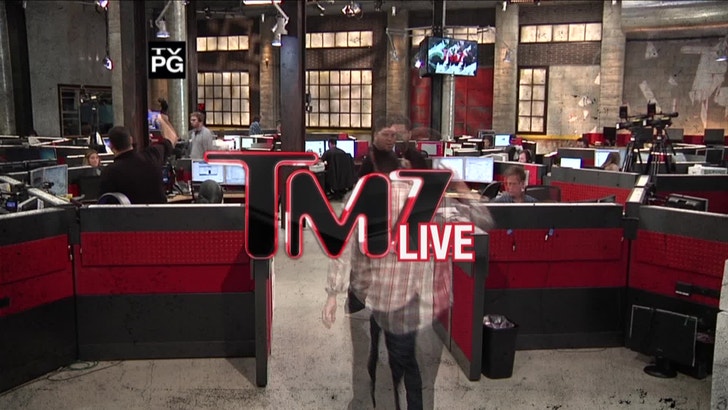 Two "Big Brother" contestants are getting dumped for using language so racist ... it would make Paula Deen blush! Should CBS start censoring the housemates?
Plus, Kerry Washington is the first Black woman on the cover of Vanity Fair since 2007! Industry execs claim African-American covergirls usually bomb in sales -- so, does that justify going white only?
And, Jay-Z's new album cover for "Magna Carta Holy Grail" makes its debut next to the REAL Magna Carta!! And if anyone knew what that it is ... they might be pissed. It's history AND hip hop, bitches!

(0:00) Racism and homophobia run rampant on "Big Brother" -- and the contestants are blind to the backlash -- former winner Evil Dick joins us for some insight on the 24-hour reality show.
(10:00) Rihanna twerks to a Drake song -- is a big screw you to Chris Brown?
(15:00) Charlie Sheen doesn't want to pay Brooke Mueller child support while she's in rehab for the millionth time.
(18:00) Kerry Washington is the first Black woman on Vanity Fair since Beyonce in 2007! How did this happen?
(24:00) Jay-Z's new album share the same space as the real Magna Carta -- proving once-and-for-all the no one knows anything about history.
(28:00) Aaron Hernandez 911 call gives insight on his violent past.
(32:00) Jermaine Jackson's harsh words about Paris Jackson.
(36:00) The floor is yours!
(41:00) It's time again for ... Tim's rejected pitches of the week!