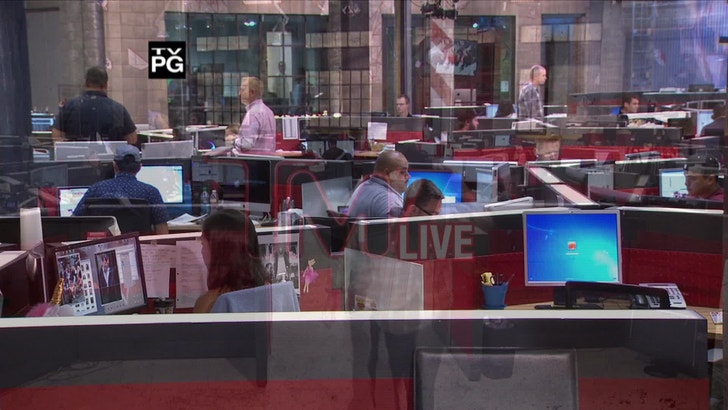 Lindsay Lohan copped to her booze addiction -- a big first for her -- but as for cocaine use ... she suddenly changed her story with Oprah. Do you think Lilo's being 100% honest? Are you buying that she's really changed this time?
Plus, LeBron James' police escort to the Jay-Z/Justin Timberlake concert ... just because the traffic was bad??? This might be the biggest diva move we've ever seen -- and totally worth of the investigation police launched.
And, P-Funk legend George Clinton has Robin Thicke's back -- he joined us to explain why "Blurred Lines" is not a rip-off of his song or Marvin Gaye's.

(0:00) Tragic breaking news -- actor Lee Thomas Young died of an apparent suicide.
(2:00) Thomas Gibson from "Criminal Minds" was catfished -- and we have the weird video he sent to his fake Internet girlfriend.
(6:00) Lindsay Lohan's interview with Oprah -- some people think she was totally lying through her teeth about her drug use.
(10:00) Robert Pattinson attacks outside of a club, but it looks like he hit the wrong guy.
(15:00) Lebron James gets a police escort to a Jay-Z concert ... and now there's a police investigation over it.
(18:00) George Clinton joins us to explain why he completely disagrees with his publishing company going after Robin Thicke over "Blurred Lines."
(24:00) Jennifer Lopez's boyfriend Casper Smart totally screws up, and reveals she's coming back for "American Idol."
(29:00) "The Biggest Loser" has an non-certified trainer on board -- and former contestant Fredo Dinten joins us to explain why it's a bad idea.
(32:00) Katie Couric apologizes to Kim Kardashian ... and she really shouldn't have.
(34:00) This story is insane -- the lead singer for "The Calling" was abducted and left for dead ... and we have all the details.
(36:00) The floor is yours!
(41:00) Paulina Gretzky is engaged ... and only the guy she said yes to is happy.