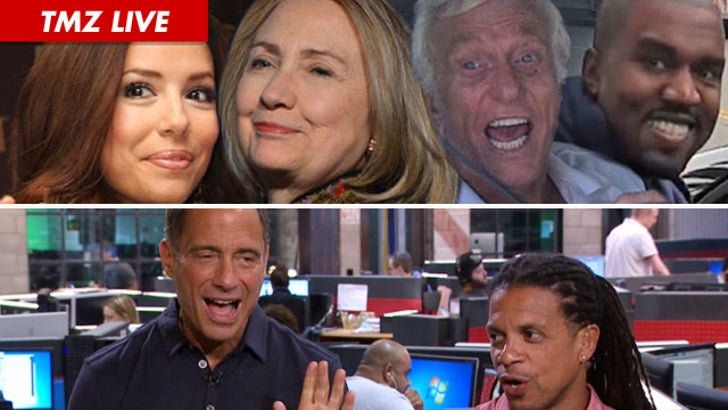 Eva Longoria gets a jump on the campaign trail ... throwing support behind Hillary Clinton for president -- which probably has Hillary saying, "CHA-CHING!" But will celeb $$$ be enough to coax HC into running? Of course it will.
Plus, the hero who kept living legend Dick Van Dyke living! He joined us to from an exploding car joins us to explain how freakin' cool DVD was during the crazy, life-threatening incident.
And, Kanye West turning over a new leaf with the paparazzi? New video of him squaring off with photogs makes it seem that way. You buying it?