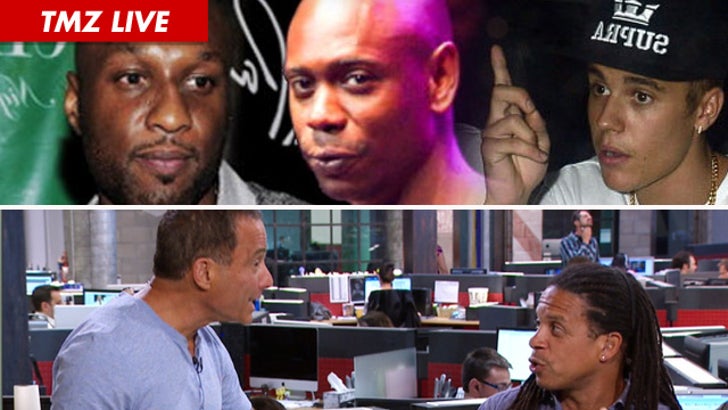 TMZ Live
Lamar Odom is NOT in rehab -- and if that's not bad enough, he's also keeping Khloe Kardashian in the dark about what his plans are. Has he fully given up on the marraige ... and his NBA career?
Plus, Dave Chappelle's revenge on his Hartford, CT audience -- lashing out, calling them "evil white alcoholics" ... not to mention hoping for a nuclear strike?!! Too far ... or just for laughs?
Also ... someone on Justin Bieber's party van emptied out a bong! We've nailed down who DIDN'T do it.