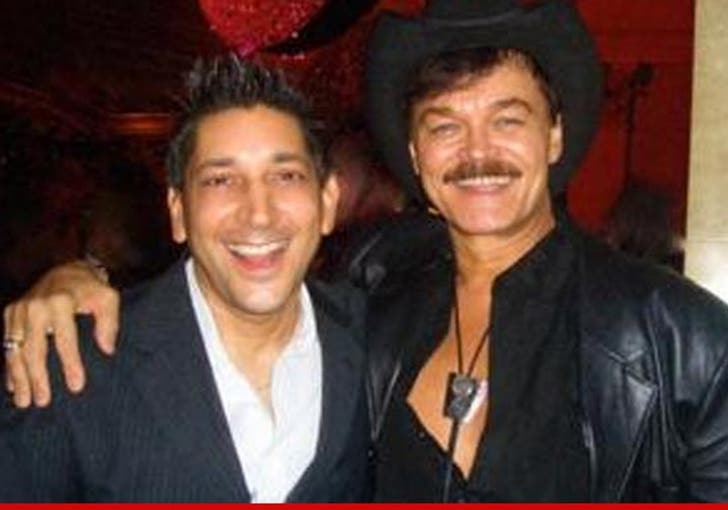 The cowboy from the Village People has found his huckleberry ... and the two will marry later this week in a 3-day celebration in NYC ... so says the PRESS RELEASE the singer just sent out to the media.

According to the release, Randy Jones -- "Multi-platinum recording artist and American Music Award winner" -- will wed his partner Will Grega during "three days of New York events" beginning tomorrow.

Day 1 -- the public proposal ... Randy will pop the question in front of friends and family in Columbus Circle, followed by a celebratory dance to Andrea Bocelli's "Septiembre Amor."

Day 2 -- the ceremony ... Randy and Will will swap "I Dos" at City Hall in front of their mothers. After, they're headed to a trendy rooftop bar to party with special guest host Warrington Gillette -- who the couple credits as "Jason" from "Friday the 13th Part 2."

Day 3 -- the post-wedding banquet ... the couple will invite guests to "honor the Italian heritage of Will Grega" with a "true Italian banquet" at a restaurant in Little Italy.

Of course, no wedding press release would be complete without quotes from the groom and the groom ... so:

Randy: "As a Village Person, New York is IT! We LOVE New York!"
Will: "I now have a lifetime membership to the YMCA!"