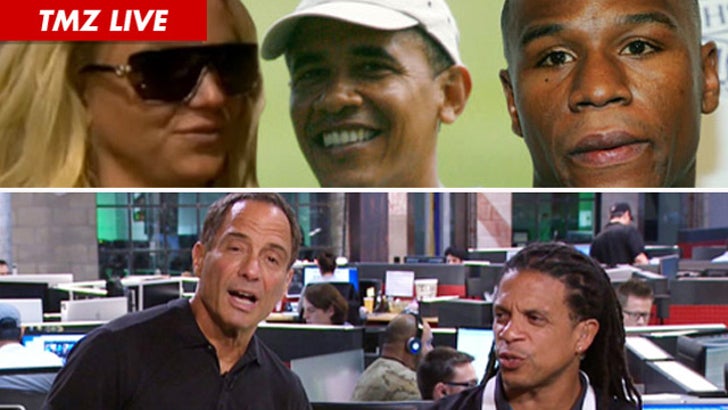 TMZ Live
We broke the story ... the huge Britney Spears event in the desert -- which cost more than $100 grand ... and all that was just to announce her shows at Planet Hollywood. But after Brit got "sick" flying to the event ... was this money well spent?
Plus, we got exclusive video of President Barack Obama scolding himself on a golf course -- and he may have cracked a political joke about himself in the process.
And Floyd Mayweather Jr.'s baby mama Josie Harris joined us to rip the champ's new gf for wearing the same dress to his fight as her daughter. Seriously ... the gloves are off.