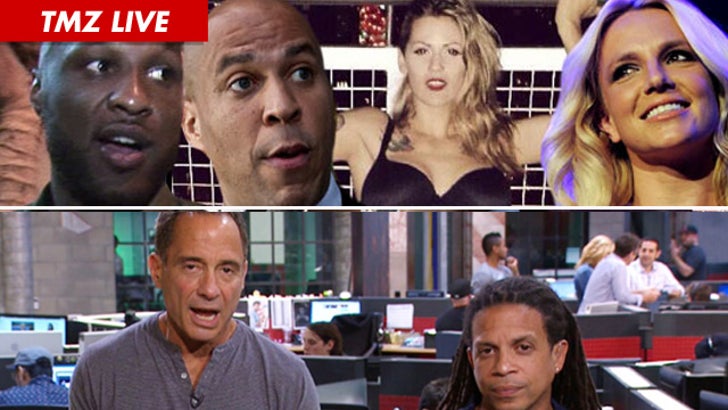 TMZ Live
Lamar Odom's isn't flying solo for his latest crack binge -- we've learned he's hanging with 2 women somewhere ... as his anniversary with Khloe approaches.
Plus, Newark Mayor Cory Booker and the stripper, Lynsie Lee. What's the big fuss all about? He's single and so is she. We're talking to Lynsie to find out.
And, get 'em while they're hot! Britney Spears' Las Vegas concerts are selling out FAST -- looks like people just can't get enough of her lip-syncing.