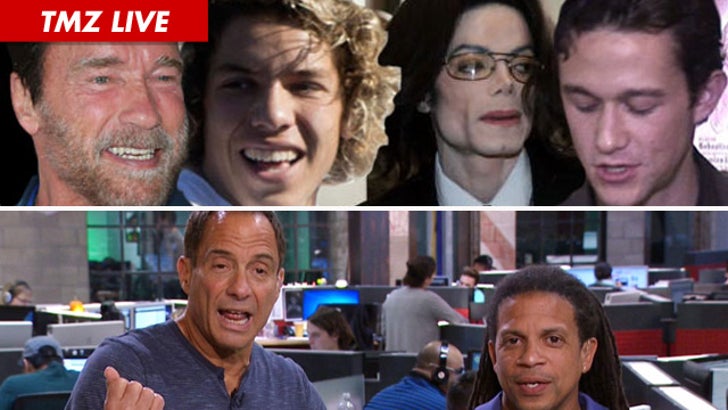 TMZ Live
Arnold Schwarzenegger's love child Joseph Baena turns 16 today ... and we've learned he's closer than ever with Arnold. Is there still a chance Joe and Ahnald can have a regular father-son relationship?
Plus, Michael Jackson family LOSES their wrongful death lawsuit against AEG -- we'll explain the shocking verdict ... and what this means for the Jackson family.
And, is Joseph Gordon-Levitt's movie "Don Jon" a disgrace to Italians? A honcho from the Italian American One Voice Coalition thinks so ... and joins us to state his case. You buying what he's selling?