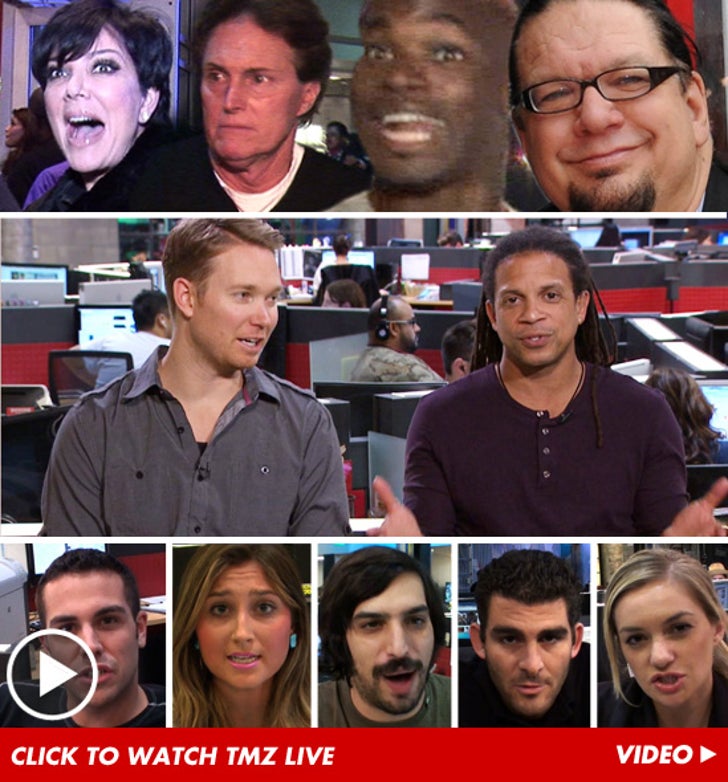 Jenner desperately wants everyone to know ... she's loveable ... especially when it comes to Bruce Jenner's two sons. She posted Instagram pics of her looking cozy with Bruce and his boys -- but are you buying the warm/fuzzy image she's putting out?
Plus, NFL star Adrian Peterson's tragedy. We have the latest details on the attack on his infant son.
And, Penn Jillette joins us to explain how you could end up a corpse in his new movie, talk about Britney's chance of success in Las Vegas, and reveals how much it'll cost to chop off his ponytail.

(0:00) Kris Jenner tries to prove she didn't come between Bruce and his sons ... with Instagram. Harvey calls in to explain why it didn't work.
(6:00) The latest on Adrian Peterson's son allegedly being beaten by his baby mama's boyfriend.
(10:00) Joe Jonas hangs out with a rehab guru -- but his people deny he has a problem.
(14:00) Joe Scarborough's divorce -- the crazy divorce documents that reveal the each get half of their house.
(18:00) Penn Jillette joins us to talk about his new movie, Britney Spears, and the potential death of his famous ponytail.
(24:00) "Glee" totally glossed over the real reason for Cory Monteith's death ... did they miss an opportunity to raise awareness for drug abuse?
(29:00) Miley Cyrus says old Jewish record execs are oblivious to what people want to dance to in clubs. Does she have a point?
(32:00) Zac Efron back on the town ... but in a positive way.
(36:00) The floor is yours!
(41:00) A rapper is waging a war against Grand Theft Auto.