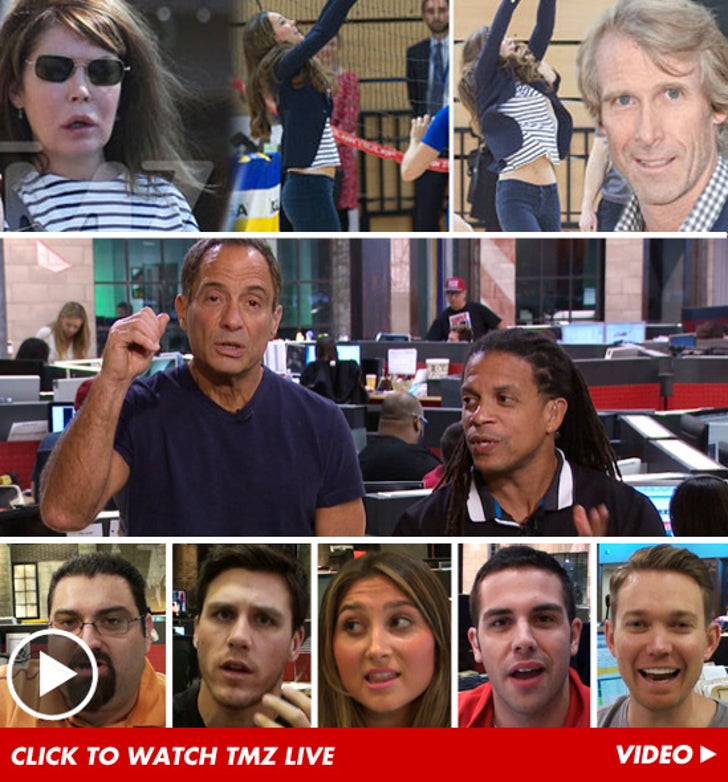 TMZ Live
Lara Flynn Boyle has everyone wondering what's going on with her after photos surfaced of her looking very ... different?? Her rep's response just doesn't add up.
Plus, Kate Middleton flashed the royal midriff and instantly made women everywhere jealous. How did she get back in bikini-shape just 3 months after birthing little Prince George?
And, Michael Bay joins us to describe how he was viciously attacked on the set of "Transformers 4" -- by a man he describes as a bat and air conditioner wielding man with superhuman strength.

(0:00) Lara Flynn Boyle's shocking look -- her people say it's just a bad camera angle ... but we're not buying it.
(6:00) Michael Bay joins us to explain how he was attacked by a crazed man with superhuman strength while shooting "Transformers 4" in Hong Kong.
(10:00) Kate Middleton flashes her perfect post-baby belly -- and Harvey thinks it was all on purpose.
(14:00) Judge Judy is on the offensive after someone refused to take her show off YouTube.
(18:00) The Prime Minister of Belize shows how the U.S. government shut down has hurt us around the world.
(24:00) Justin Bieber posts a photo of a self-proclaimed weed dealer to the stars ... then takes it down. We're onto you, Biebs.
(29:00) Common takes a totally different stance on Chicago than Kanye.
(32:00) Dax Shepard and Kristen Bell have the first celebrity wedding that Harvey approves of.
(34:00) Lorde vs Selena Gomez -- it's a real-life mean girls situation.
(36:00) The floor is yours!
(41:00) "What the Fox Say" ... get ready to be annoyed by a horde of fox outfits this Halloween.