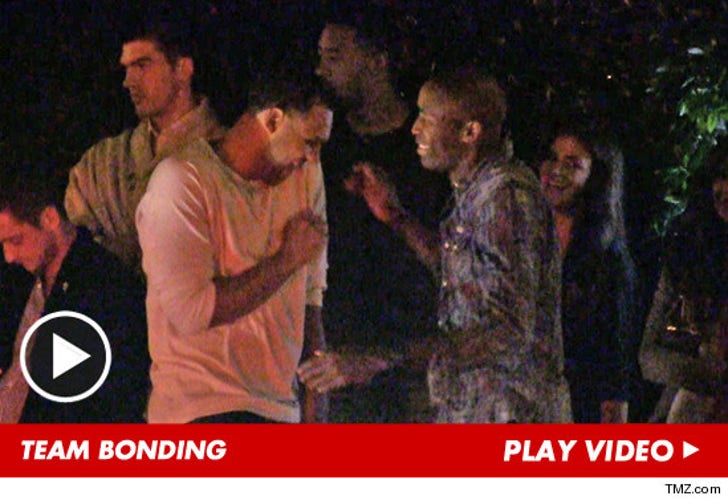 With the NBA regular season kicking off in just ONE WEEK, the L.A. Clippers decided to do some last minute team bonding last night ... over some very expensive pasta.

On the way out of the restaurant, we spoke to new Clippers swingman Jared Dudley, who told the dinner was planned so the Clip Squad could "get off on the right step."