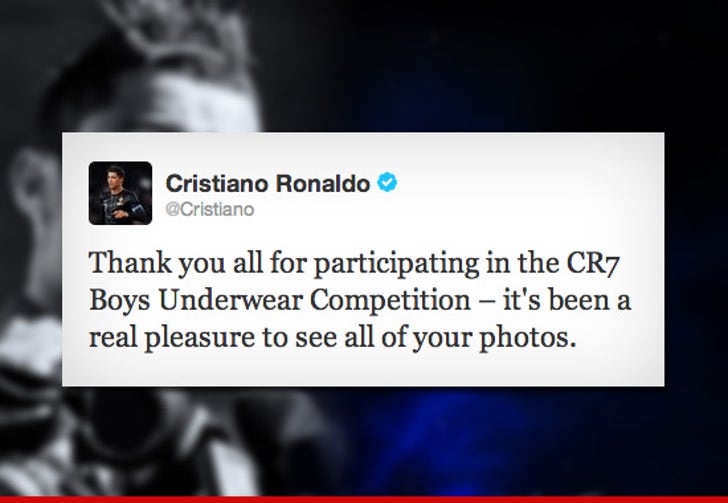 Today in unfortunately worded tweets ... Cristiano Ronaldo just posted a message that READS LIKE he thanked little boys for sending him underwear selfies.

Here's the tweet -- "Thank you all for participating in the CR7 Boys Underwear Competition – it's been a real pleasure to see all of your photos."

Now, for some backstory ... Ronaldo has a clothing line called CR7 ... and the line just hosted a photo contest called the "CR7 Boys Underwear Competition."

Ronaldo's website says the contest encourages kids to "upload your best, craziest or funniest fan image showing your love to CR7 and win a trip to meet Cristiano and see him play a match!"

Note -- it doesn't seem like Ronaldo is actually soliciting pics of kids in their underwear ... just some (fully clothed) diehard fan pics.