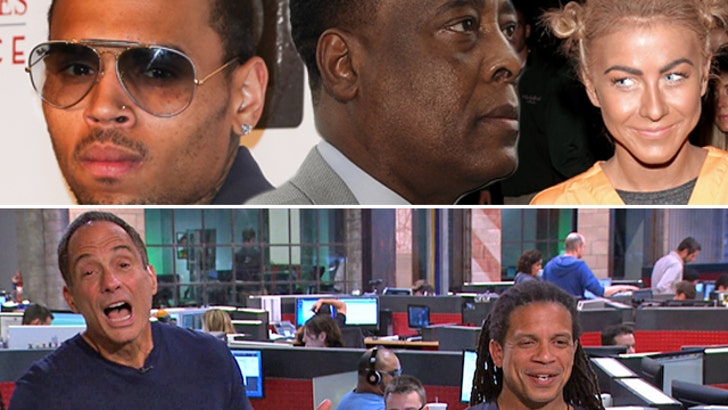 TMZ Live
Chris Brown's in the tightest legal trouble he's been in since the Rihanna beating. While there's confusion over details of the D.C. brawl -- no one's disputing Chris was involved, and that could mean a probation violation ... and ultimately, prison.
Plus, Conrad Murray steps out of jail ... and looks like he's aged ten years. But despite being scrawny ... we know he's got big plans now that he's free.
Plus, Julianne Hough's decision to do Halloween in black face -- horribly offensive or not that bad? You might be surprised what most people think.