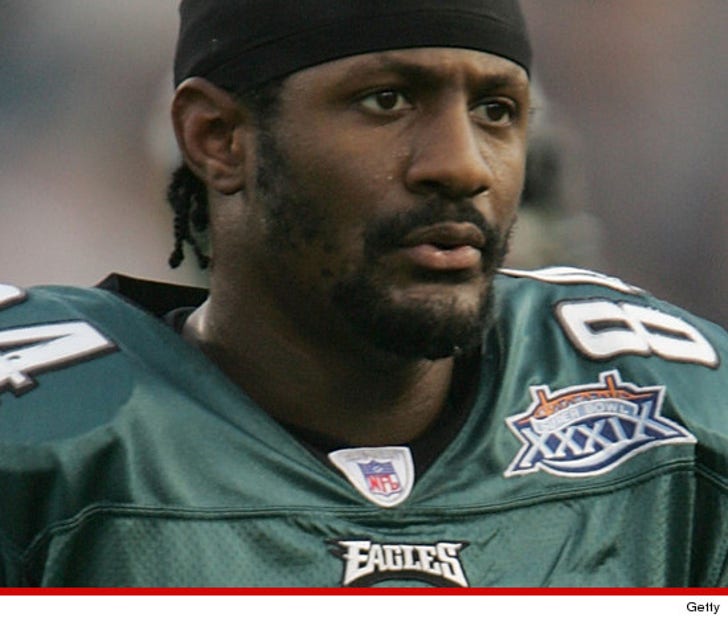 Former NFL star Freddie Mitchell -- who went by the nickname Fred-X during his time with the Philadelphia Eagles -- has just been sentenced to 37 MONTHS in prison for tax crimes, TMZSports has learned.

The 34-year-old had previously pled guilty to being part of a tax fraud scheme in which he cheated the federal government out of millions of dollars.

Mitchell was facing up to 10 years in prison -- but he struck a deal with prosecutors and got off with only 37 months. He's been ordered to surrender by December 6.

During the sentencing phase of the case, Mitchell argued that he suffered brain injuries during his time in the NFL -- and therefore he should be given the lightest prison sentence so he can properly treat his health issues.