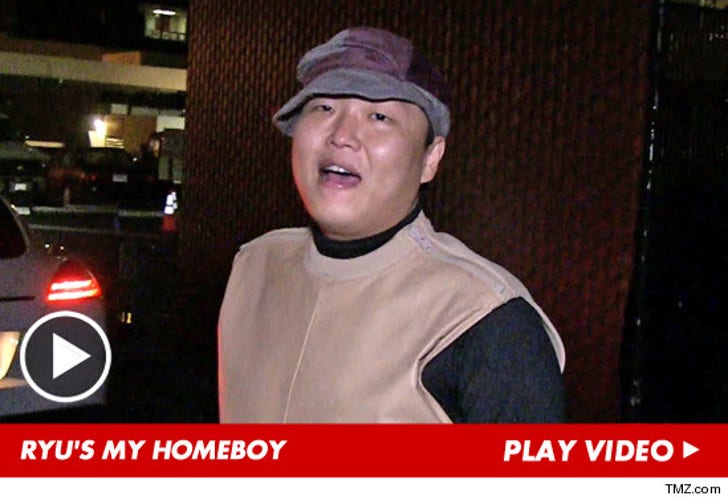 Turns out, he's REALLY good friends with L.A. Dodgers pitcher Hyun-Jin Ryu ... and it's all thanks to Magic Johnson (sorta).

Psy and Ryu -- both from South Korea -- met for the first time at Dodgers Stadium back in April, during a post-game media event organized by Magic's team. 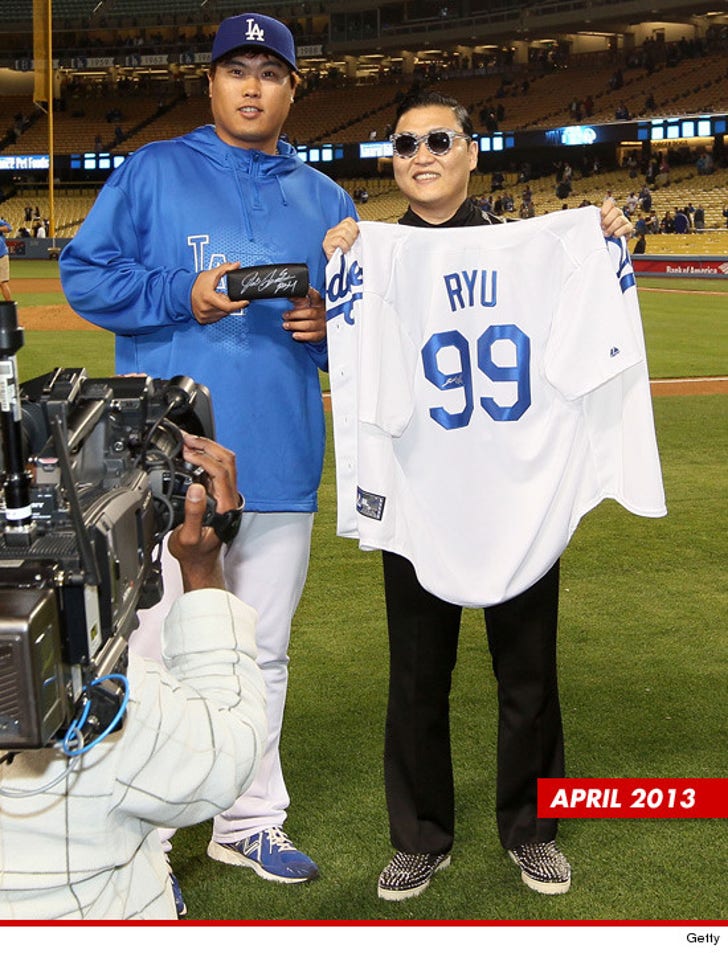 According to Psy, who was leaving Mr. Chow in Bev Hills last night, the two hit it off ... and now, they're so close, they're INTERNATIONAL PHONE BUDDIES.

In fact, Ryu says they chat all the time ... and even called each other during the NLCS, while Psy was in Asia for his concert tour.