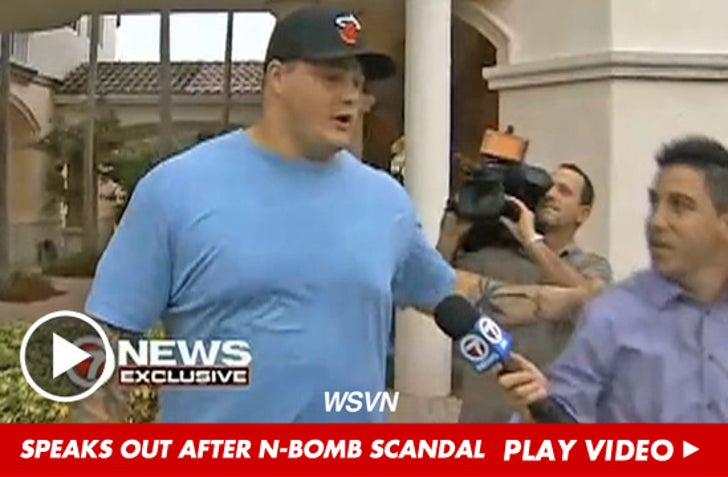 Richie Incognito finally broke his silence on the Miami Dolphins scandal ... calmly explaining that the situation will pass -- but until then, he's "just trying to weather the storm."

A reporter from WSVN-TV in Florida approached the NFL lineman on his way out of a doctor's appointment and asked Richie all sorts of questions about allegations he mercilessly bullied teammate Jonathan Martin.

Despite the fact he's been painted as the biggest villain in pro sports, Richie handles himself pretty confidently -- though he refused to comment on the n-word voice mail he allegedly left for Martin.

As we previously reported, Incognito is going about life as usual ... and even had a Ferrari delivered to his home yesterday.

Meanwhile, he's been suspended from the team and is expected to be cut in the near future.