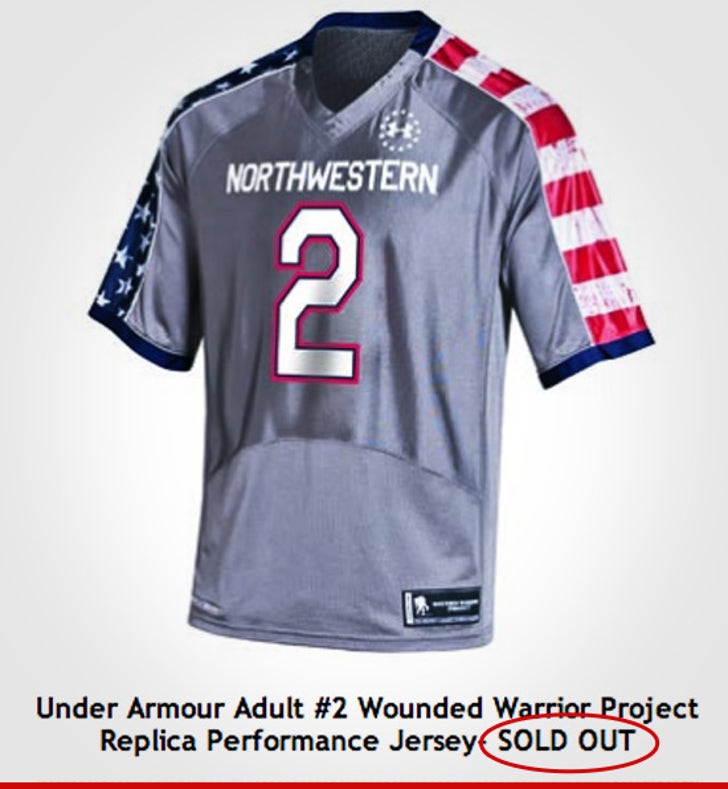 Northwestern University will NOT CONTINUE TO SELL special edition blood-spattered football jerseys after the school was bombarded with complaints ... but those plans could change, TMZ Sports has learned.

The jerseys have been selling like hotcakes -- and sold out of the official school store in a matter of days. But now, a rep for Northwestern tells us ... the school will NOT restock the supply.

The official tells us the decision to pull the plug on the jerseys was NOT a reaction to the backlash -- but the rep declined to give further explanation.

Of course, the school says the red, white and blue unis weren't designed with blood spatter in mind -- and claim they were supposed to resemble the distressed look of an old American flag.

So far, it seems the school will still allow the team to wear the jerseys on the field on November 16th. The unis will be auctioned after the game with proceeds benefiting the Wounded Warrior Project.

As for Under Armour, the company that produces the jerseys, a rep tells us the jerseys will go on sale on the UA website in the next couple of days.