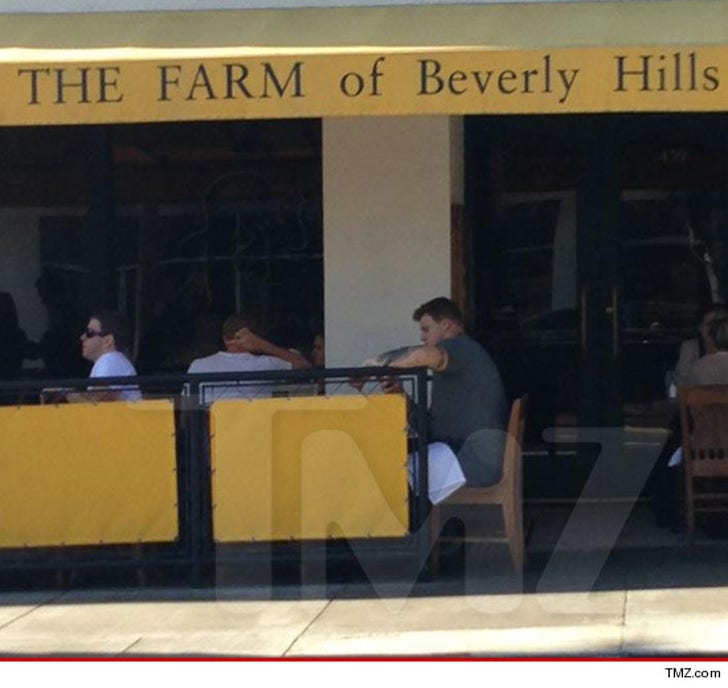 Fresh off his "I'm not a bully" interview, Richie Incognito sat by himself for a lonely breakfast in Beverly Hills this morning ... and TMZ Sports has the photo.

Incognito took a solo seat at The Farm of Beverly Hills ... and ordered a chicken, goat cheese and spinach scramble ... with a cup of coffee to wash it down.

Restaurant sources tell us Richie was pretty quiet during the meal -- but was very polite to staffers and left a pretty solid tip.

Incognito flew in to L.A. on Friday for a sit-down with Jay Glazer -- and claimed he was "best friends" with Jonathan Martin ... and that they frequently joked with each other using vulgar language.

Incognito is currently suspended indefinitely from the Miami Dolphins ... and there are strong rumors that he'll be cut. According to our friends at ProFootballTalk.com, the Dophins will have to make a decision on Richie's future by December 2.