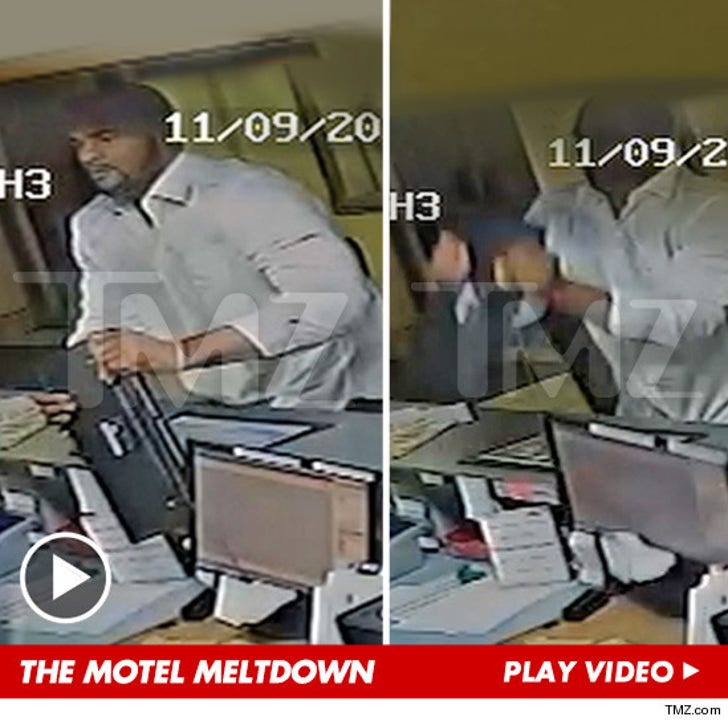 9:08 AM PT -- Big Baby has just issued an apology (on Twitter) ... writing, "In regards to the incident that occurred on Friday night, I want to sincerely apologize for my actions. There is no excuse for what I did."

He adds, "I was obviously wrong and I take full responsibility. I apologize to the Magic, my fans and the city of Orlando."

Orlando Magic star Glen Davis -- aka "Big Baby" -- threw a MAJOR TEMPER TANTRUM at a Florida motel ... breaking a hotel computer ... and TMZ Sports has footage of the entire meltdown.

It all went down early Saturday morning at a Travelodge in Orlando, FL -- when the 27-year-old tried to book a room with the front desk and was told the place was sold out.

Glen -- clearly frustrated -- reached over the front desk and grabbed a keyboard, which he proceeded to rip from the front desk computer and throw across the lobby. Davis then stormed out of the motel in anger.

Law enforcement sources tell us ... cops investigated the situation but Davis was not arrested.

So why was Davis in such a crappy mood? Earlier in the night, the Magic lost to Glen's former squad ... the Boston Celtics.

Sources tell us ... the hotel has been in contact with the Magic regarding payment for hotel damages. One source tells us the team has already cut a check.

We reached out to the Magic -- and a rep told us that the team is aware of the situation and are handling it internally. 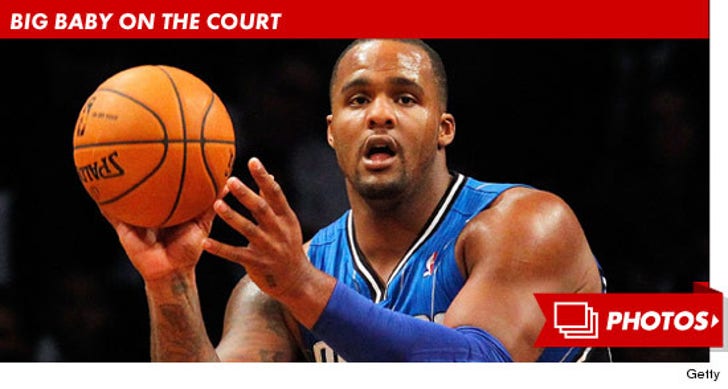