Harlem Globetrotter rookie Corey “Thunder" Law just broke the world record for longest basketball shot in history … draining a RIDICULOUS bucket from wayyy off the other side of the court.

It all went down at US Airways Center in Phoenix today … Thunder SWOOSHED a heave from 109 ft. 9 in. like it was nothing … and a rep from Guinness was there to make it official. 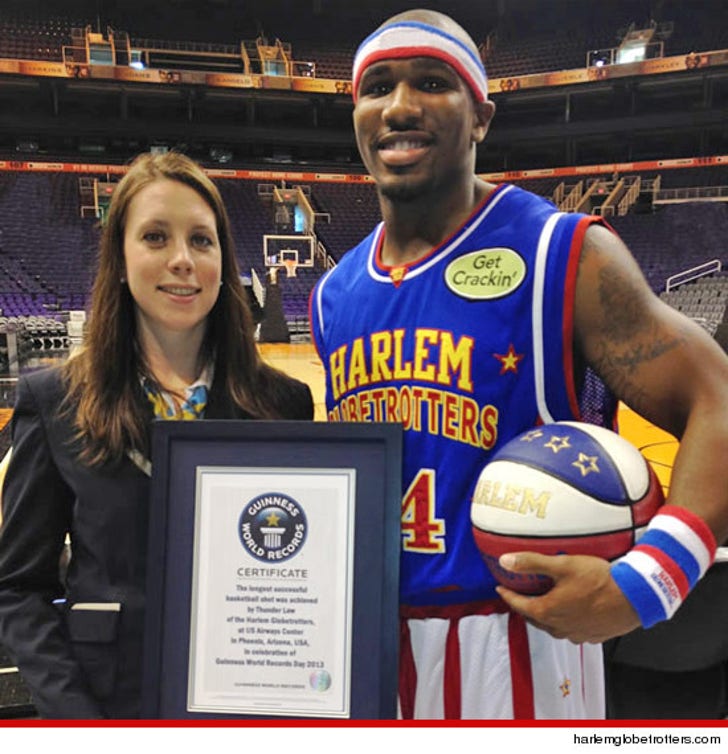 Law smashed the old record – 104 ft. 7 in. – set almost three years ago by Elan Buller outside the Campbell Hall Elementary School in North Hollywood, where he works as a teacher.

We spoke to Buller ... who tells TMZ, he's 100% confident he'll reclaim the record ... and says he purposefully left room on his shot, knowing one day the record would be broken.

Buller -- a former basketball player at Pepperdine -- says his students persuaded him to attempt the original shot ... and he has NO DOUBT he can break it again ... if his students ask him to.