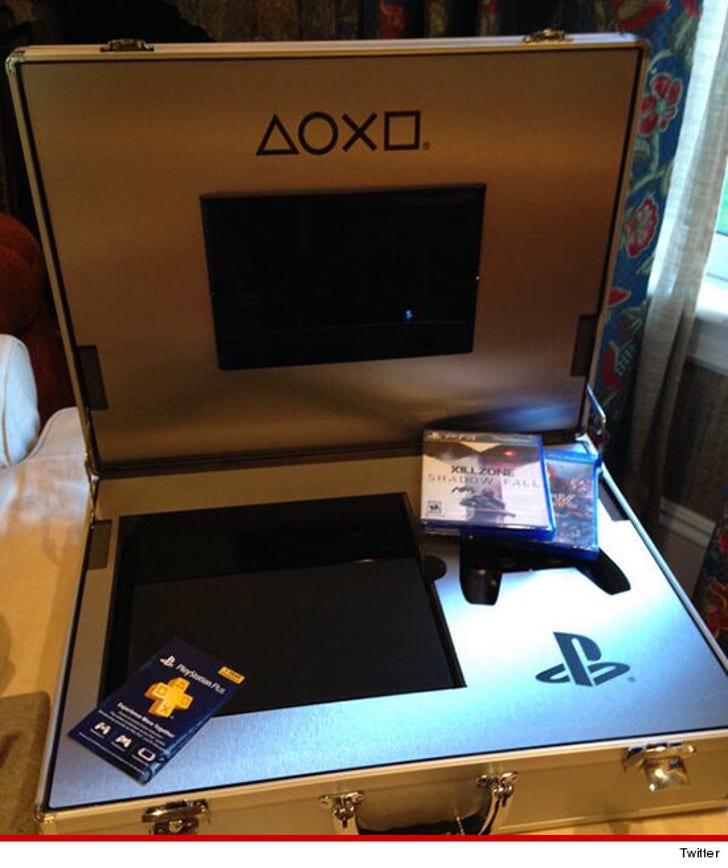 Here's another reason it's awesome to be Detroit Tigers superstar Miguel Cabrera -- HE GOT A PS4 AN ENTIRE DAY BEFORE THEY'RE SUPPOSED TO COME OUT!!!!

The 3rd baseman just tweeted a photo of the super-highly anticipated video game console Thursday along with the caption, "Look what came in the mail – I know what I'll be doing today. #PS4."

But it's not your average PS4 package -- it appears Miguel got some kind of suped-up custom Playstation case that came with a DualShock 4 controller and 2 games -- "Killzone: Shadow Fall" and "Knack."

It also looks like the case comes with a built-in screen.

So how did Miguel get a special set before everyone else? We're guessing it has something to do with the fact he's going to be on the cover of the upcoming PS4 game, "MLB The Show 14."

As one video game-aholic in the office says, "I ordered my system in June and I don't get it 'til tomorrow like everyone else. That lucky bastard."