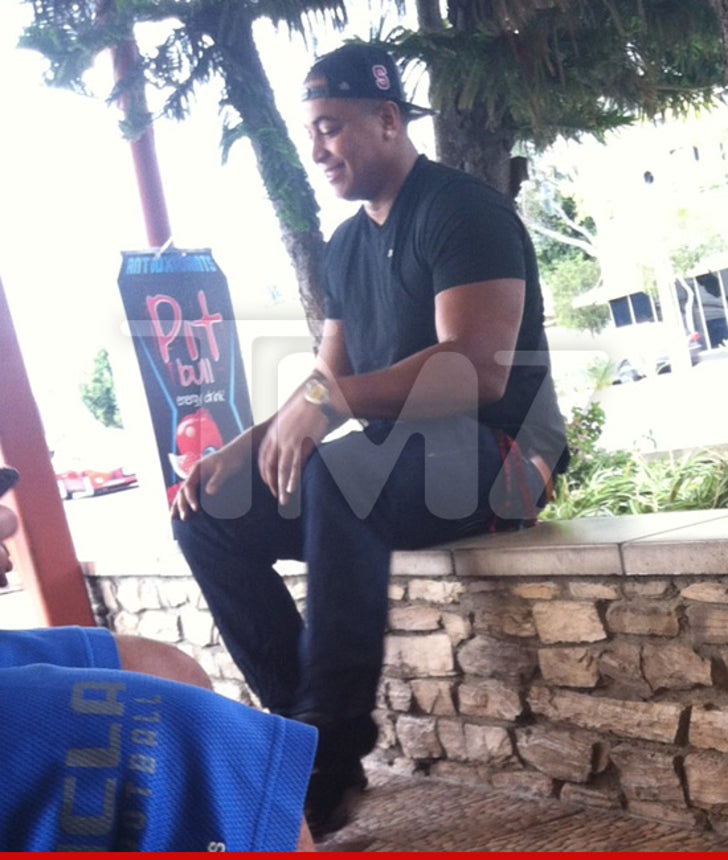 In an effort to calm his nerves before making a big public appearance at the USC vs Stanford game this weekend, Jonathan Martin hit up one of the most famous restaurants in L.A. ... and chickened out.

The Miami Dolphins lineman hit up Roscoe's House of Chicken and Waffles on Saturday ... and ordered (what else?) chicken and waffles.

Our chicken sources tell us ... Martin wasn't in the restaurant too long, and acted just like a normal regular patron.

After the game , Martin was seen on the sidelines at the USC vs. Stanford game (he went to school at Stanford) ... and watched helplessly as The Cardinal got stomped by an unranked team with an interim coach.