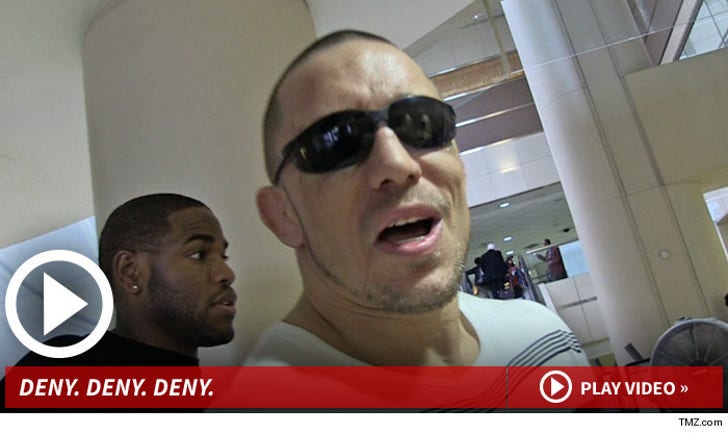 Georges St-Pierre is adamant ... his decision to temporarily leave the UFC has nothing to do with a woman he recently got pregnant. Nonetheless, TMZ Sports knows that's exactly why he's leaving.

GSP was at LAX this morning -- and he told us he'll be heading back to Montreal on Monday to begin training ... even though he said he's taking a break from fighting.

Our sources -- and they're solid -- tell us the woman who's pregnant with Georges' baby lives in Montreal ... so the timing of his trip is probably no coincidence. Georges denies he knocked up anyone -- but watch the video, GSP's demeanor doesn't exactly sync up with his words.

As we reported ... Georges did not want her to have the baby but she insisted on keeping it.

We're also told GSP's father is very sick -- though Georges denies that too.

Of course, Georges is the one who went public with his personal issues during the post-fight interview at UFC 167 -- when he announced that he's so messed up, he's having trouble sleeping.