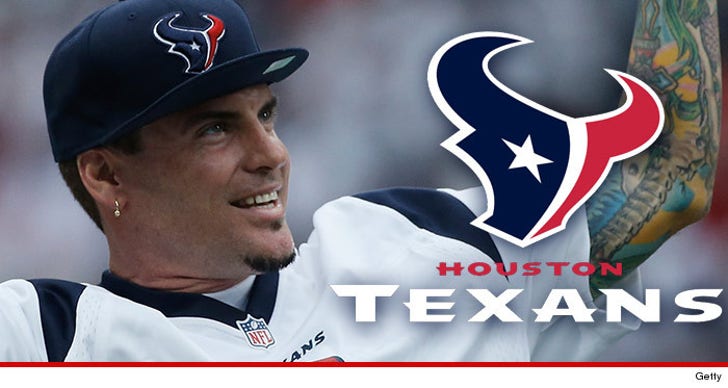 You know your team's in trouble when you need Vanilla Ice to turn around your season ... but that's exactly where the Houston Texans are after a 9-game cold streak.

Ice performed at Houston's half-time show Sept. 15 ... aka the last time the (2-9) Texans won a game. According to locker room sources ... some of the Texans have made the connection, and think Ice somehow cursed them.

But Ice tells us ... the losing streak isn't his fault and adds, "if we could go sing for a team -- and 'ice' them to have bad luck when I'm not there -- I'd be making millions."

We're told some of the Texans actually want VI to make an encore performance -- rapping "Ice Ice Baby" again -- so they can start winning again.

Better book him quickly -- Tom Brady's 8-and-3 Patriots are coming to town this weekend.