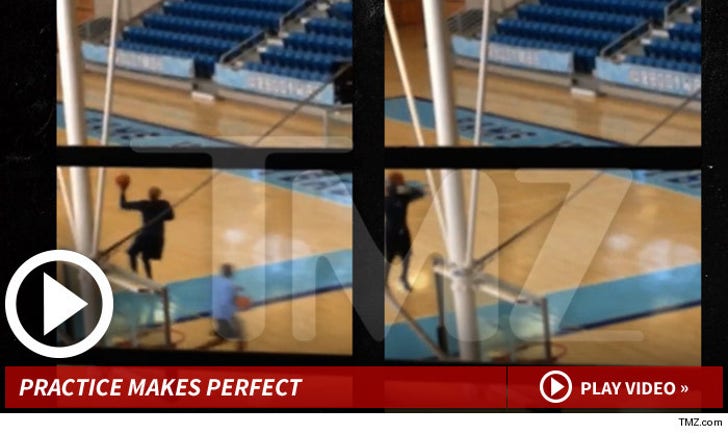 Lamar Odom is busting his ass like a man who's going to play in the NBA this season -- wasted rapping aside -- and TMZ Sports got video of one of his workouts.

Lamar was balling daily last week at his alma mater, the University of Rhode Island ... and sources on campus tell us he was spotted putting in 90 minute sessions in the gym.

In the video, shot Saturday ... LO drains a couple of short jumpers, then moves out closer to the 3-point line. As we previously reported, he's been working out with NBA guru Rob McClanaghan.

We're not NBA scouts ... but, if nothing else, Odom's moves in this video are way better than his topless rap recording.