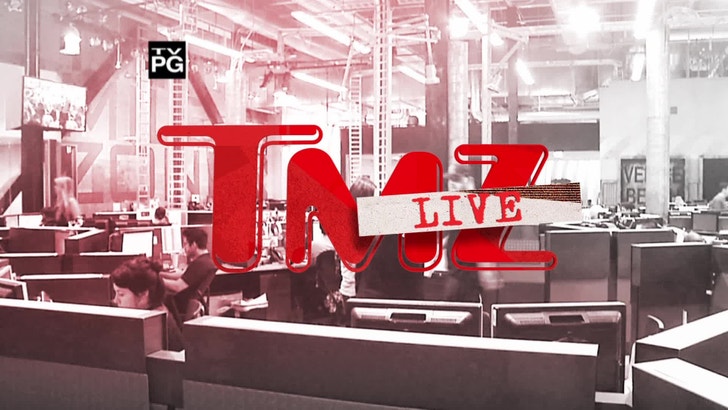 TMZ Live
Joan Rivers dropped the most outrageous, bombastic, and arguably racist way to defend Alec Baldwin. Did she help or hurt his case? Joan's joining us to continue her defense ... should be interesting.
Plus, was Justin Bieber's SUV responsible for the death of that photographer last year? The victim's mother thinks so ... and there may be some proof.
And, Former "Bachelor" Ben Flajnik joins us to give an un-biased review of Brad Pitt and Angelina Jolie's award-winning wine ... and to put to bed the rumor that he's banging Kris Jenner.

(0:00) Joan Rivers joins us to defend her use of nearly every single racial slur under the sun ... you don't want to miss this.
(7:10) Birdman is taking heat for driving to a feed the needy event in a Bugati ... and it's time someone comes to his defense.
(10:00) Ashton Kutcher and Demi Moore -- officially divorced after a nasty battle of money.
(14:00) The photographer killed after Lil Twist's incident with Justin Bieber's Ferrari takes an unexpected turn -- did someone in JB's camp hit the guy with an SUV?
(18:00) Ben Flajnik joins us to rate Brad and Angie's wine ... and to explain how the rumors about him banging Kris Jenner got started.
(24:00) Paris Jackson will stay at a boarding school until her problems are worked out ... which could be a while.
(27:00) Did Magneto kill JFK? That's what the new X-Men trailer says ... and some people think it's offensive to use the President's death to promote a movie.
(32:00) Charlie Sheen goes off on Children's Services again -- but he may have done it cleverly enough to get away with it.
(36:00) The floor is yours!
(41:00) Sweet revenge ... it's time to read your hate mail!