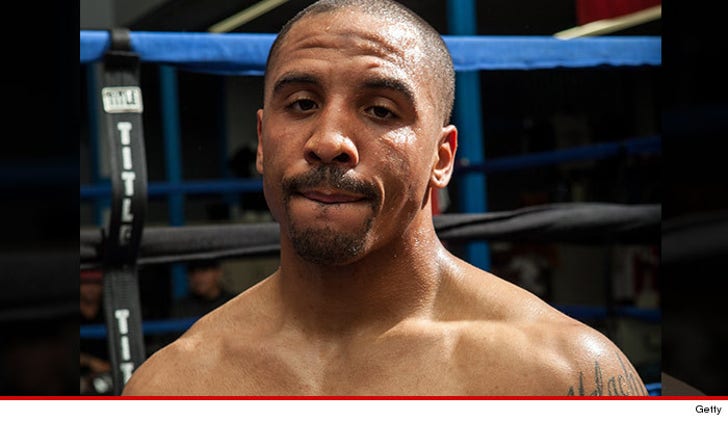 Boxing champ Andre Ward is picking a fight with his own promoter -- claiming the guy illegally TRAPPED him into staying with the company for the rest of his career ... and Andre wants out.

TMZ Sports has obtained legal docs filed in L.A. County Superior Court ... in which the reigning WBA super middleweight champ claims Goossen Tutor Promotions broke the law by signing him to a series of contracts that lock him up until 2016.

Ward says he signed the initial deal back in 2004, and because CA labor laws prevent companies from signing people for more than 7 years at a time, he should be able to leave Goossen for greener pastures. He wants a judge to void the contract ASAP.

In fact, Ward is turning to Oscar De La Hoya for support (at least, in his legal docs) claiming ODLH filed a similar lawsuit against Top Rank Boxing back in 2001 ... AND WON ... so he should get the same result.

We reached out to Goossen for comment -- so far, nothing.