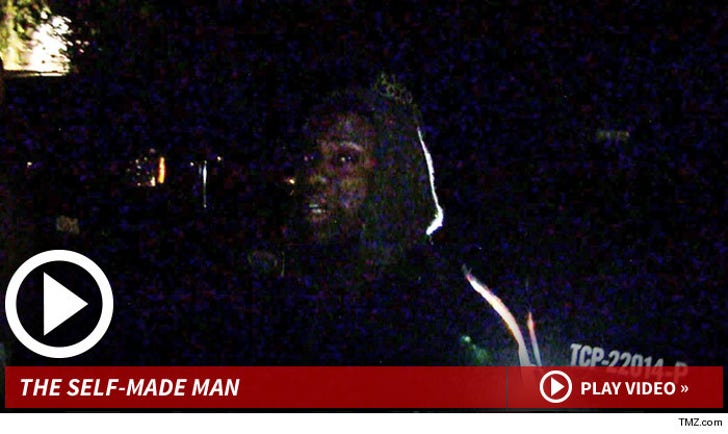 LeBron James is way better than Michael Jordan ... at least when it comes to acting ... if you believe LBJ's future co-star, Kevin Hart.

If you haven't heard, Kevin and LeBron just announced they're making a movie together called "Ballers" -- LeBron plays a basketball player, and Kevin plays his brother who finally gets his chance to be a hoops star.

So, last night outside Greystone Manor we asked Kevin if LeBron really has acting chops -- in other words ... is he closer to MJ in "Space Jam" or Ray Allen in "He Got Game."

Checkout Kevin's answer in the clip. One thing's for sure ... LBJ has to be better than Dennis Rodman in "Double Team." Just awful.