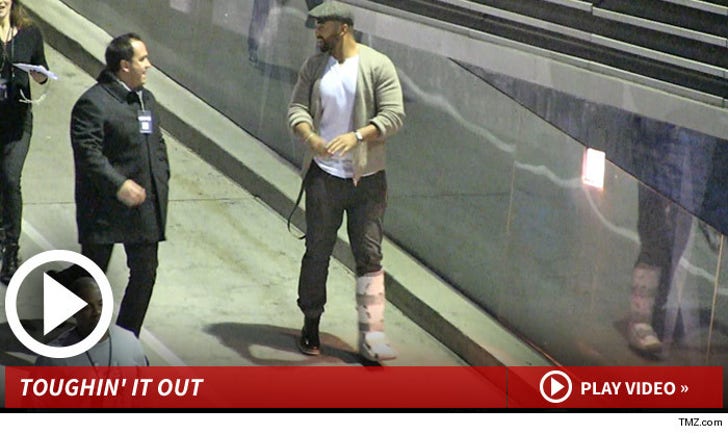 He's still too injured to play, but L.A. Dodgers star Matt Kemp refused to let his busted ankle keep him from the Jay Z show last night ... and TMZ Sports has the footage.

Kemp -- who had major surgery on his left ankle back in October -- was limping into the show at Staples Center in L.A. in a full walking boot.

Despite the medical brace, Kemp actually looked like he had a little pep in his step.

It's nice seeing Kemp enjoying L.A. while he can -- 'cause the MLB star's agent believes the Dodgers will ship their $160 MILLION MAN to another team during the off season.