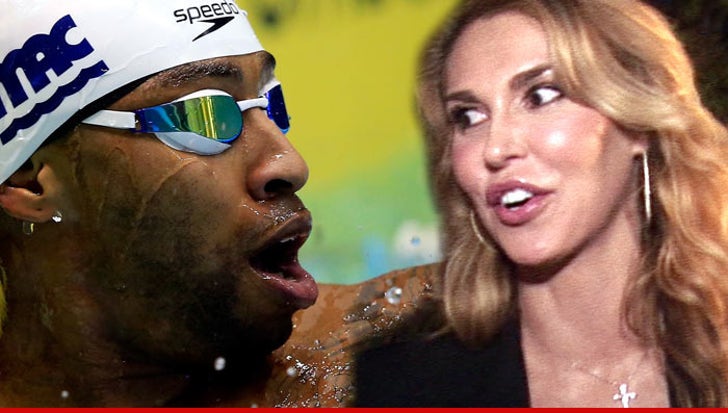 "Real Housewives of Bev Hills" star Brandi Glanville wasn't exactly off-base when she "joked" about black people not being able to swim, 'cause the numbers show race is still an issue when it comes to drowning ... so says U.S. Olympic champ Cullen Jones.

Glanville ignited a firestorm on a recent episode of her reality show when one of her castmates revealed they couldn't swim and Brandi quipped, "You’re a black person!”

She later explained, "It was a joke, and my black friends would have laughed [like] crazy, because they don’t go in the pool because they will get their weaves f**ked up!"

But Cullen Jones -- 4-Time Olympic medalist and 1st African American to break a world record in swimming -- tells TMZ, "[Brandi's comments] seem to be more of a cultural indictment rather than a true studying of the facts, but it is true minorities need more access to lessons!"

"It is unfortunate that race is still an issue associated with drowning in the United States, but in many communities due to lack of access to water, training and funds, minorities are still disproportionately at risk to drown."

In fact, a recent study conducted by a University of Memphis professor shows there are some African-American women who refuse to learn how to swim because they are worried about having to get their straightened hair wet.

Still, Cullen says, "Drowning is preventable, we need to address the staggering numbers of unwanted deaths of our future Presidents, doctors, teachers and scientists." 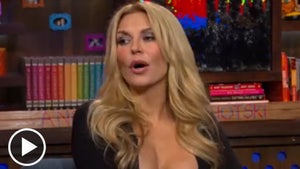