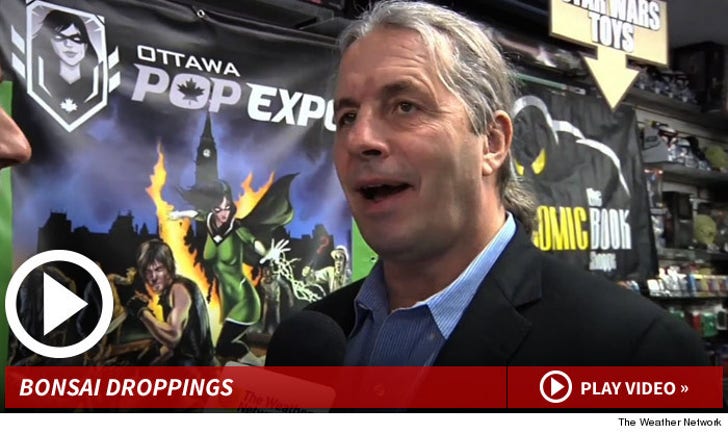 WWE Hall of Famer Bret Hart had to avoid a face full of Yokozuna poop one time while wrestling in India ... and the Excellence of Execution says it was the grossest moment of his career.

Hart was being interviewed by Arda Ocal this week in Canada when he dropped the bomb about Yoko's crappy Indian experience back in the 90's.

Bret says the food and water made a lot of the wrestlers sick -- including Yokozuna -- and when the 589-lb wrestler attempted his signature butt drop ... Hart looked up to see diarrhea covered trunks.

The former WWF champ escaped the poo ... but he goes into gross detail describing the whole experience -- so don't watch if you're eating.