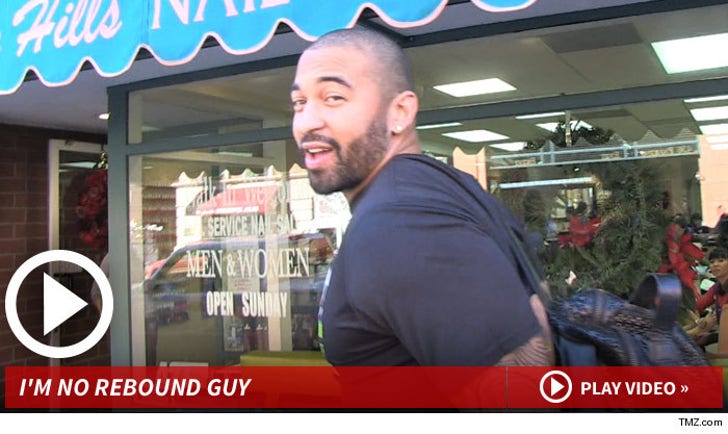 Matt Kemp is NOT filling Lamar Odom's shoes ... telling TMZ Sports there's no romantic relationship with Khloe Kardashian, despite rumors to the contrary -- they're just "friends."

The L.A. Dodgers superstar was leaving a doctor's office in Bev Hills moments ago ... WITHOUT his walking boot ... when he explained his situation with Khloe.

He even gave the K-fam a shout out.

As for his injury -- it's the first time we've seen Kemp out in public without the medical brace since he underwent surgery to remove bone spurs from his left ankle back in October.

Kemp also talked about another injured L.A. stud -- Kobe Bryant ... telling us he's confident the Mamba will hit the court HARD when he recovers from his newest injury.

"Kobe's a strong person ... he can come back from anything."