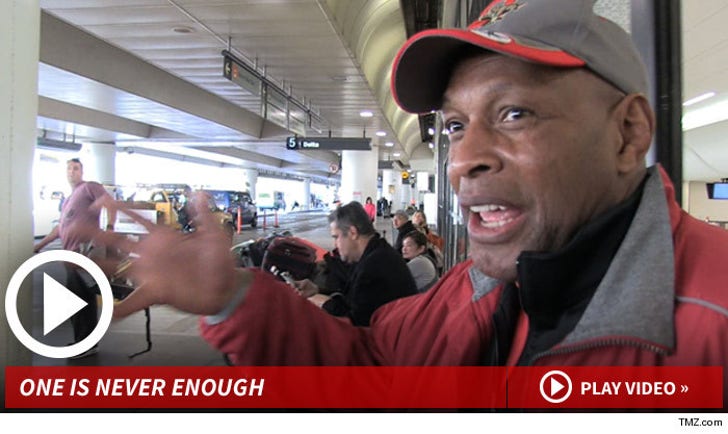 Of course, Griffin -- perhaps the greatest Ohio State football player of all time -- is the only man to hoist the trophy in 2 separate years ... and when AG arrived at LAX for the Rose Bowl, he spelled out why Jameis is the next great double-Heisman hope.

Archie (super nice guy BTW) also told us why he thinks college football players have it harder now then they did back in the '70s.

Plus, he picks a Super Bowl winner ... though he might be a little bias.