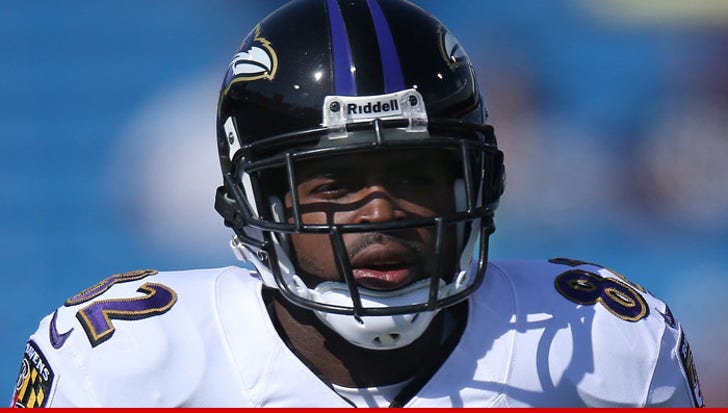 10:50 AM PT -- Torrey is standing his ground ... tweeting, "I wasn't being offensive nor am I homophobic not apologizing or taking it down."

With the Chris Kluwe gay controversy raging, Baltimore Ravens wide receiver Torrey Smith has thrust himself into the mix by hurling a homophobic slur in public.

Smith just posted a photo on Instagram featuring a man wearing pink flowery socks ... along with the caption, "Look at this queen." 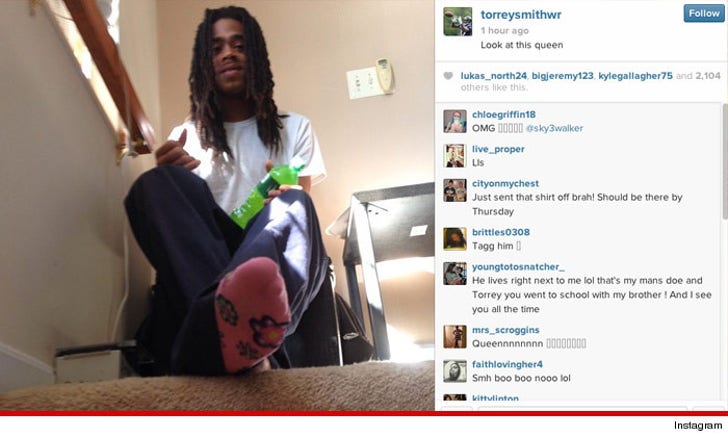 Interesting timing, considering Kluwe says he was blackballed from the NFL for crusading against gay hatred -- like this -- and pushing for equality.

Of course, it ain't the first time an NFL star has used a homophobic slur in public -- just last year, 49ers defensive star Chris Culliver came under serious fire after saying he wouldn't play with a gay teammate because he's not into "that sweet stuff."

We've reached out to Torrey's rep -- so far, no word back.