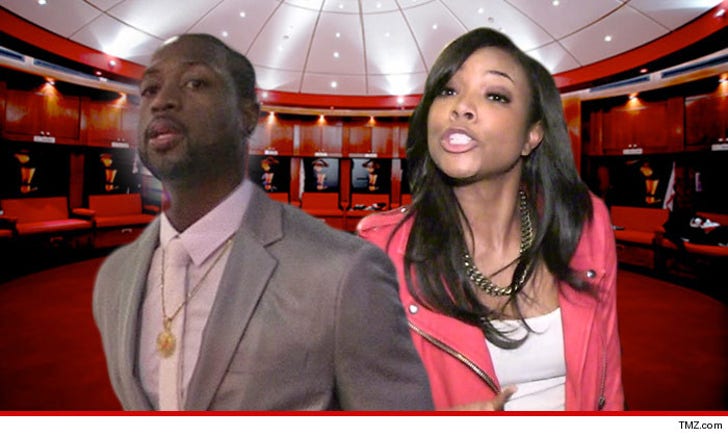 Dwyane Wade's baby mama drama is NOT a joke in the Miami Heat locker room ... with team sources telling TMZ Sports his teammate refuse to make light of the situation out of respect for the All-Star.

Of course, Wade's personal life has become a huge story ... after he acknowledged he knocked up a woman who's not Gabrielle Union back in February. Wade claims they were on a break at the time, though judging from Gabby's Instagram page, it seems they were very much together.

Now, our Miami Heat sources tell us ... there's an unspoken pact between the players to leave the topic out of locker room convos -- "It's quiet as a mouse when it comes to the D-Wade situation."

As one source put it ... the players have way too much respect for Wade "to make fun of that at all."

We also spoke with various league sources who tell us virtually the same thing ... no wants to be the guy that's caught talking smack about Dwyane Wade.