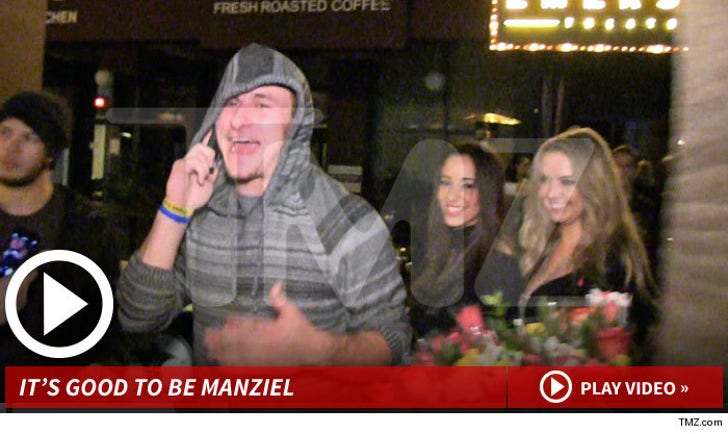 Johnny Manziel hit the clubs in L.A. last night to party with some Florida State alums ... but the real story is that he went home with TWO super hot chicks ... and TMZ Sports has the footage.

The Texas A&M quarterback was leaving an FSU alumni event at Emerson nightclub in Hollywood Sunday night ... and on his way out, he talked to our guy about the BCS title game.

And while Manziel was mum when asked if he's going pro (even though it's obvious), there was one more topic he addressed -- his teammates.

As we previously reported, Johnny jetted to Miami the day after his Bowl victory to party with Drake ... and there are people who are saying Johnny's fast exit shows he was never that committed to his teammates in the first place.

But Manziel says that's all BS -- saying, "I love my teammates ... always and forever."

8:49 AM PT -- Turns out one of the women partying with Johnny is a model named Lauren, who's been featured on BarStoolSports.com.