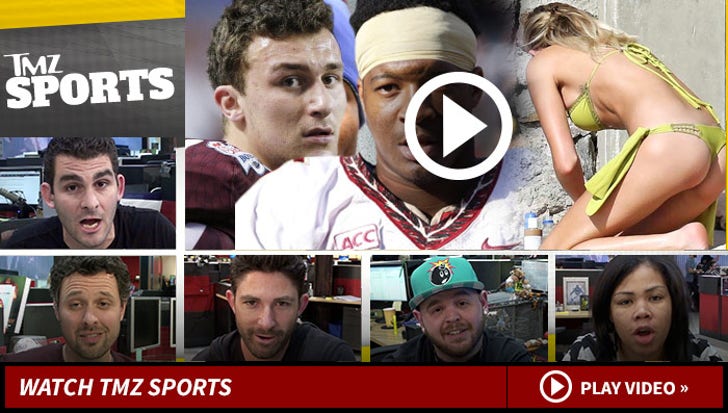 Johnny Manziel hasn't officially declared for the NFL draft -- but he's definitely looking like an NFL superstar after bagging TWO chicks at a Hollywood nightclub! We got the video that proves Johnny Football is ready to turn pro.

And Paulina Gretzky reminds the world why her dad is the Greatest ... and why parts of her might be too!